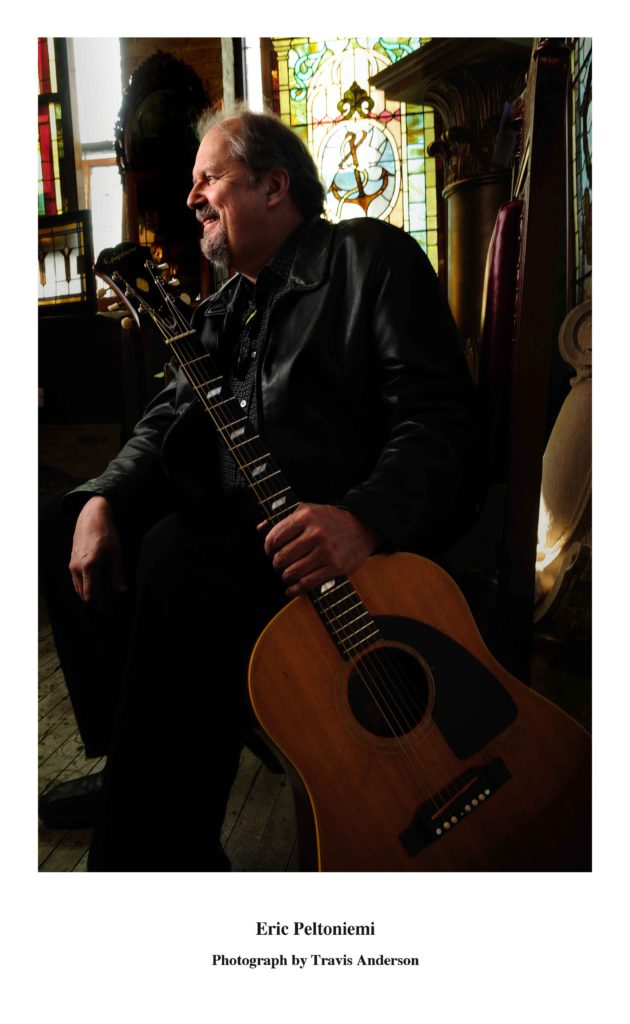 The Board of Directors of Folk Alliance Region Midwest (FARM) is pleased to name Eric Peltoniemi, singer, songwriter and President of Red House Records, as the 2014 recipient of its Folk Tradition in the Midwest Lifetime Award.  The FARM Folk Tradition in the Midwest Lifetime Award is awarded annually to an individual, nominated by the membership, who has made a significant contribution the folk community for at least 25 years.

Eric Peltoniemi has worked several sides of the music industry for over 40 years:  as performing artist, songwriter, graphic designer, Grammy-winning producer and record label executive. Three of those  decades have been with acclaimed folk label Red House Records, where he has been president since 2006 (after the passing  of his friend, colleague and label co-founder Bob Feldman).

Eric’s long relationship with folk and country music began in rural Minnesota in the early 1960s in a small Minnesota farming town performing on his grandma’s old guitar at county fairs, dances, township halls…and even boxing matches. Along the way he added Finnish songs to his act and spent several years performing across the US, Canada and northern Europe..

An important side career since has been writing music, lyrics and occasional book for the music theatre. Principal works include Ten November (a collaboration with Pulitzer Prize-nominated playwright Steven Dietz) for which the score and lyrics received a 1987 Joseph Jefferson Award nomination for Best Music (Chicago), Plain Hearts, and Heart of Spain (a collaboration with playwright Peter Glazer, underwritten with a 1994 endowment from The National Endowment for the Arts, Opera-Music Theatre Program).

Eric’s songs have been recorded by Bok Trickett & Muir, Robin & Linda Williams, Sally Rogers, Claudia Schmidt, and Finnish artists Topi Saha and Koinurit, among others. His own recordings include: Trova and Healing Zone (with Trova), Kävelin Kerran and Suomi (on Finnish labels), Songs O’ Sad Laughter, and the more recent Gales of November, with Prudence Johnson, Claudia Schmidt, Peter Ostroushko and others.