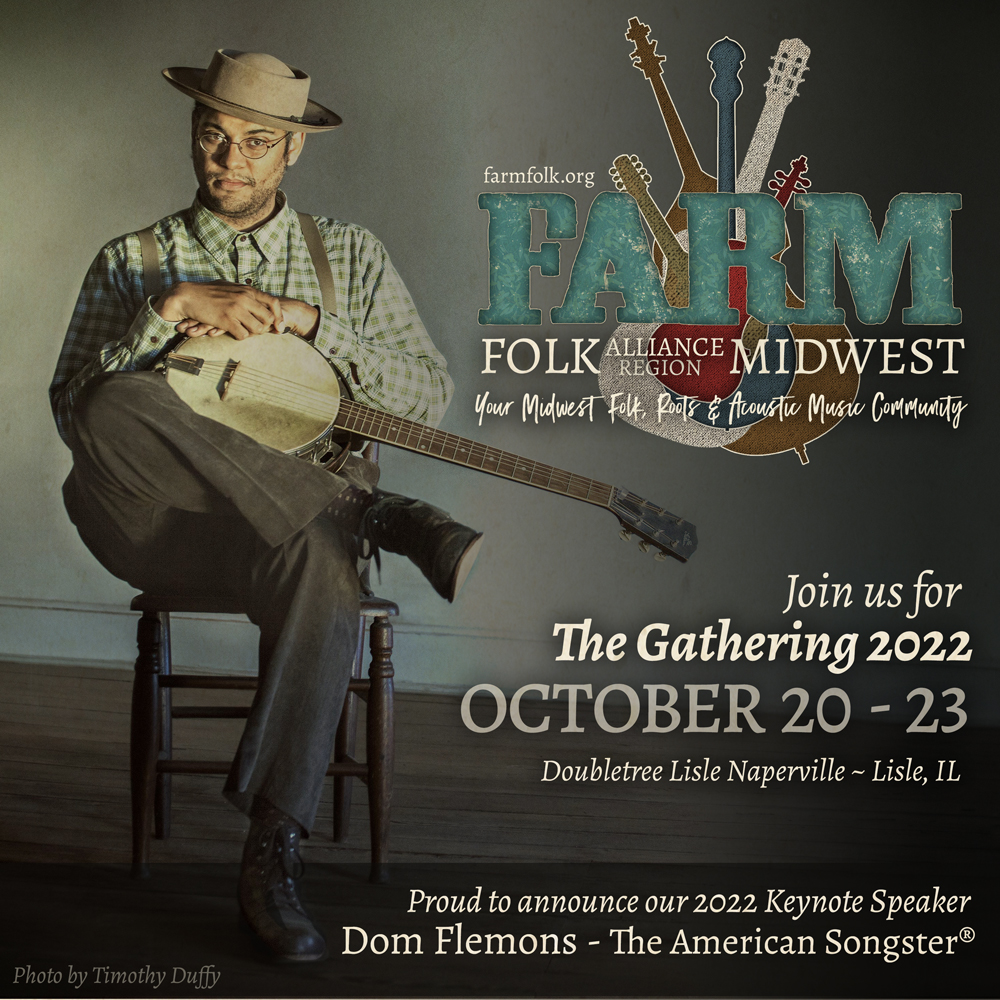 We are thrilled to announce that GRAMMY Award Winner, two-time EMMY Nominee and 2020 U.S. Artists Fellow Dom Flemons will be delivering this year’s Keynote Address at our conference on Saturday, October 22! Flemons, also known as The American Songster®, is a songwriter, multi-instrumentalist, producer, actor, slam poet, music scholar, historian, and record collector with a repertoire of music that covers over 100 years of early American popular music. A founding member of GRAMMY-winning stringband the Carolina Chocolate Drops, he has devoted his career to shining the spotlight on the Black artists that have shaped American roots music. His 2018 solo album, Dom Flemons Presents Black Cowboys, was released on Smithsonian Folkways and received a GRAMMY Nomination for “Best Folk Album” and is a part of the African American Legacy Recordings series, co-produced with the Smithsonian National Museum of African American History and Culture in Washington, D.C. Flemons has performed on the Grand Ole Opry alongside Old Crow Medicine Show and Molly Tuttle and now hosts his own radio show on WSM called “American Songster Radio.” A true historian and champion of traditional music, he is the perfect person to speak to this year’s conference theme of “Telling the Whole Story.”

Digging deeper into the roots and legacy of folk music, this year’s conference will focus conversations and workshops around themes of inclusion through song, storytelling and community building. We look forward to working with Flemons and all of our guest speakers to build this year’s exciting programming that we’re confident will energize, educate and entertain.