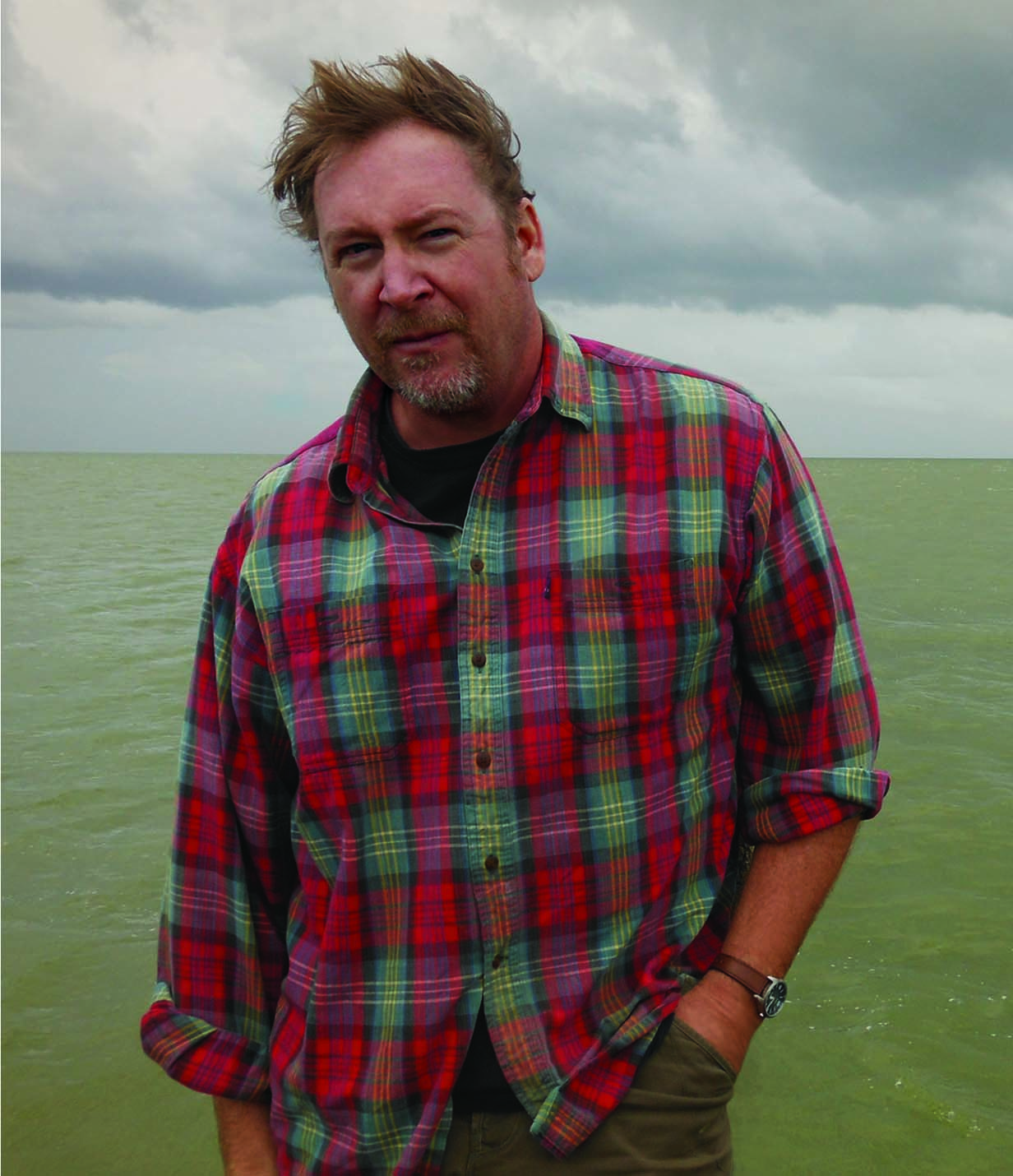 Tim Grimm lives on an old 80 acre farm outside Columbus, IN, near where he grew up. He is the son and grandson of schoolteachers and farmers. He has toured and recorded with his friend Ramblin’ Jack Elliott, about whom Tim’s song- The King of The Folksingers – is based (the #1 song on the Folk DJ chart to start 2014). He appeared with Harrison Ford in the film, Clear and Present Danger, and worked steadily as an actor in film & television in Los Angeles throughout the 90’s.

He and his wife, Jan, returned to Indiana to raise their sons- a conscious choice to live a life of significance rather than one of “success’, at which point Tim found himself writing about the land and people around him. He released FARM SONGS in 2000 , for which The Chicago Sun-Times named him the year’s “Best Discovery in Roots/Americana Music”. He has subsequently released 8 solo recordings, including a tribute to Tom Paxton (THANK YOU TOM PAXTON), and also a group recording- WILDERNESS PLOTS- with Carrie Newcomer, Krista Detor, Tom Roznowski and Michael White– the video of which received an Emmy nomination. Most of his recordings have reached the top of the Folk- DJ and Euro-Americana charts, along with outstanding reviews and songwriting awards.

He is a music presenter in his hometown of Columbus, IN, where for the past 10 years he has hosted The Americana Music Series. He has shared the stage with writer and poet-farmer Wendell Berry. He has composed music for the theatre– most recently The Grapes of Wrath at Asolo Rep in Florida, and continues to work as an actor in film and tv. He performs in Festivals, in coffeehouses, in community centers and house concerts… across the US and for the past 6 years in Europe. He believes in the power of folk, in the spirit of tradition, and the value of culture. Michigan Folk Live has dubbed him, “The Poet Laureate of the rural Midwest”. He has recently, and happily- been a part of two trio groups– THE TALL TREES with Ben Bedford and Diederik van Wassenaer, and THE GOOD BAD LUCKYS with Joe Crookston and Krista Detor. His most recent album, is THE TURNING POINT