“No Fuss and Feathers Roadshow is the “heck-of-a-good-time” collaboration hatched by award winning songwriters Carolann Solebello,Karyn Oliver, and The YaYas (Catherine Miles and Jay Mafale). It’s like getting three bands for the price of one when these friends share the stage: a dynamic, cohesive cocktail of delicious harmonies, infectious rhythm, and spontaneous hilarity. Individually, the four are nationally touring performers that have charted at the top of Folk and Americana radio and appeared on stage at some of the most respected festivals. Collectively, they are an incorrigible bunch of musical co-conspirators bent on giving their audience an unforgettable show.” 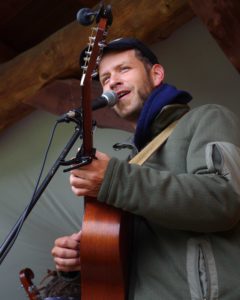 Alberta, Canada’s prairie balladeer Scott Cook is a tirelessly traveling DIY songwriter with heart forever on sleeve.  Road-worn, painfully honest, and deeply human, his straight-talking tunes weave together folk, roots, blues, soul and country with spacious fingerstyle guitar and clawhammer banjo arrangements.  Cook has been making a full-time living at music since 2007, touring extensively across Canada, the US, Europe, Asia and Australia, and is currently on tour in support of his fourth release, One More Time Around.  Notwithstanding all the weary miles, he still believes that music can change your life, and your life can change the world. 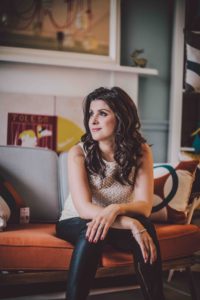 Building on the success of her debut album Co. Tyrone born, Irish singer, Bernadette Morris continues to wow audiences throughout Ireland and beyond with her fresh take on traditional Irish folk songs and enthrals audiences with her modern versions of lilting Gaelic laments.

All the Ways you Wander, produced by Sean Óg Graham of Beoga fame, is a varied and unique album with a rich mix of old traditional songs and contemporary songs from the writing of Barry Kerr and John Spillane.  From a musical family, her talent is the type that can’t be taught, her onstage presence is electric and her charm undeniable.