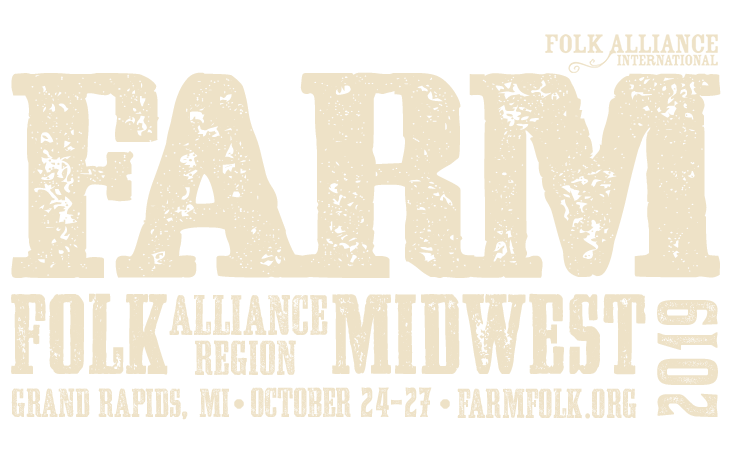 Best known for his role as Program Director at one the country’s most venerable folk clubs, The Ark in Ann Arbor, Dave was a musician & folksinger first. Raised in Detroit until college brought him to Ann Arbor, where he found himself a gig at a small ‘house concert’ located at 1421 Hill St (the original Ark). It wasn’t long after that when he was offered the job of resident managers. Dave, Linda along with newborn, Anya moved in and the rest, as they say is history. You can read much more about the Ark and Dave & Linda’s role in its history at http://arklegacyproject.org.

The Ark’s current managing director Marianne James has called the Siglins “the heartbeat of The Ark for 40 years” and said “We should all be so lucky if our life’s work could mean so much to so many people.“

Currently, The Ark—Ann Arbor’s premier listening room—hosts over three hundred shows a year in a comfortable four hundred seat space situated in the heart of one of America’s great university towns. 316 S. Main Street became the Ark’s permanent home as of December 2012 when it was purchased as a condominium. What’s truly remarkable about this unlikely success story is that none of it would be possible if not for the dedication and perseverance of a young married couple by the names of David and Linda Siglin.

David and Linda met as college students in the mid 1960s. Just before that, David tried his hand as a folksinger in California for a year before returning to do graduate work in theatre. Linda, inspired by her dad’s love of theatre and musicals, found herself in the same department at Eastern Michigan University. They met, they were engaged, and they were married within eight weeks.

The Ark, at that time, was located in a big blue house on Hill Street in Ann Arbor. It was created and supported by a partnership of four area churches as a kind of coffee house ministry in 1965. On January 1, 1969, they hired David and Linda, now with baby Anya in tow, to manage the place for $4,000 a year and a place to stay. They took the job as a temporary situation to get David through graduate school. This “temporary” situation ended with David’s retirement from the Ark in 2008.

In those thirty-nine years, David and Linda Siglin cultivated a community around a coffee house that was always struggling for survival. They inspired an army of volunteers, dedicated and willing to work—for free—to keep the dream of this musical, magical place alive. David and Linda nurtured hundreds of performers to grow and be their best in order to be worthy of that stage. They built audiences for local and touring musicians who went on to become household names in the world of folk and roots music. They also inspired dozens of dedicated organizers and fundraisers to help The Ark change locations twice before finding its current, permanent home on Main Street.

FARM is proud to celebrate David and Linda Siglin with an award that illuminates a lifetime of work that has enriched and enhanced generations of folk music fans and performers in Michigan, in the Midwest, and beyond. 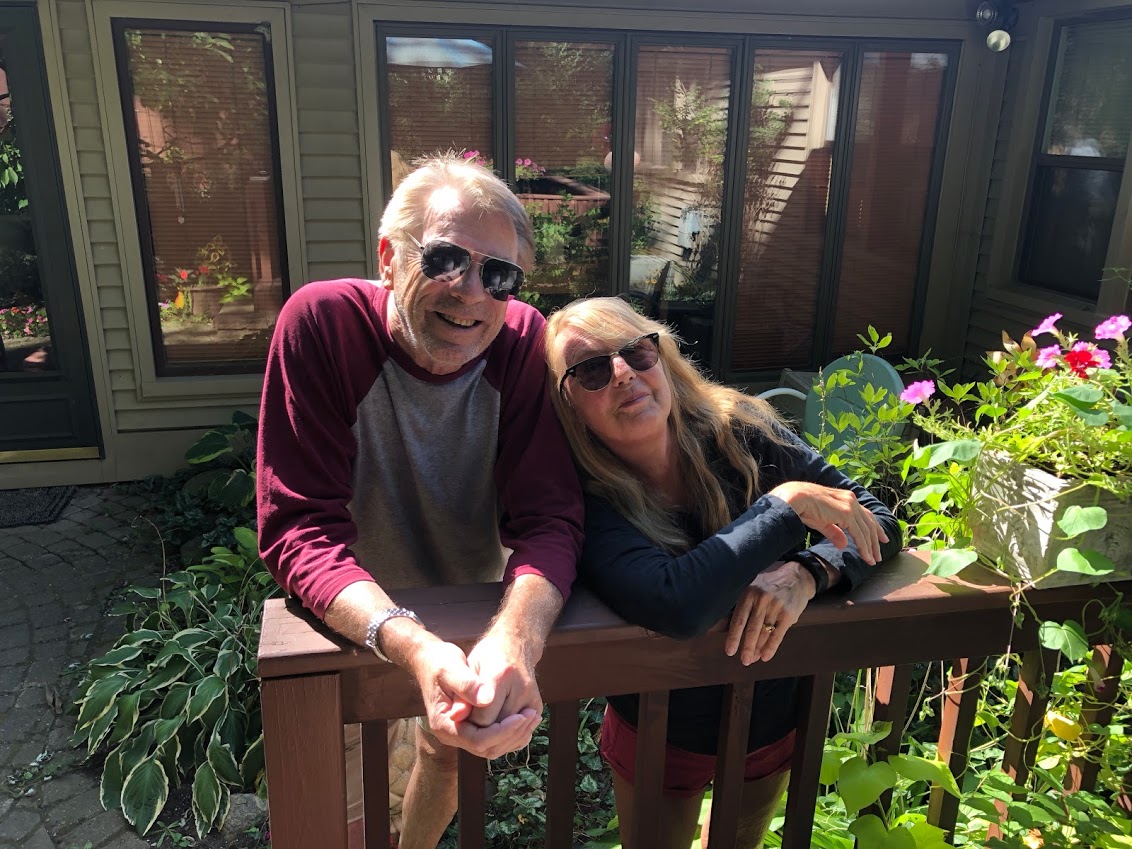 Chuck grew up near Detroit Michigan, sang in the folk clubs in the 60’s and married a gal named Joni. In his one-man show, Mitchell combines seasoned skills as an actor, singer and guitarist with a broad and sophisticated selection of material. Mitchell’s credits include A Prairie Home Companion and repertory theater in the US and the UK.  He has played Harold Hill in The Music Man, Woody in Woody Guthrie’s American Song, and Stephen Foster in Mr. Foster & Mr. Twain.

Chuck Mitchell grew up in farm country north of Detroit, and he thought of becoming a forest ranger like Aldo Leopold. Instead, he got a degree in English and drama. After a brief time pursuing but not capturing an acting career in New York, Mitchell was drafted. He learned to drive a tank and use an assortment of weapons. Then he spent a peaceful year in Korea as a reporter for Stars & Stripes and as a hoofer in musical comedy reviews, entertaining the troops.

Back in Detroit, Mitchell became a writer for the Great Cities Project, a public school experiment bankrolled by the Ford Foundation to find better ways to educate “culturally deprived” children. A program called Head Start was one.

Mitchell started singing in Detroit folk clubs and saloons in 1962. In Toronto, on his first out of town gig, he met a boney blonde songwriter named Joni Anderson, from Saskatoon, Saskatchewan. They married, and as a duo Chuck and Joni Mitchell played the coffeehouse circuit and gin rummy, until she was 115,463 points ahead. They got divorced in 1968.

The folk clubs faded, and Mitchell moved on to college and arts council residencies. He lived in Coconut Grove, Santa Monica, and Greeley. In the eighties, he wandered back to the Heartland, and settled in a tall brick house overlooking the Mississippi, built by a riverboat captain in 1879.

Mitchell’s credits include A Prairie Home Companion and repertory theater in the US and the UK. He has played Harold Hill in The Music Man, Woody in Woody Guthrie’s American Song, and Stephen Foster in Mr. Foster & Mr. Twain. Oh, and Carl Sandburg.

His one man cabaret folk show combines his skills as an actor, singer and guitarist. He sings songs by G. Clark, F. Eaglesmith, C. Mitchell, B. J. Shaver, M. P. Smith, and C. Wheeler, and cabaret songs by Brecht and Weil — “Mack the Knife” and “Bilbao” — and whimsical songs by Flanders & Swann — “The Gnu” and “The Hippopotamus”. He roves the room singing “Freeborn Man” by Ewan McColl. He weaves poetry by Robert Frost, T.S. Eliot and G.M. Hopkins into his shows. Oh, and Carl Sandburg.

“Is it Mitchell speaking, or some other poet? It is no small feat either to engage the customers in a sing along and walk off stage and up the steps to the balcony and leave them all singing to themselves.” (Detroit Free Press) 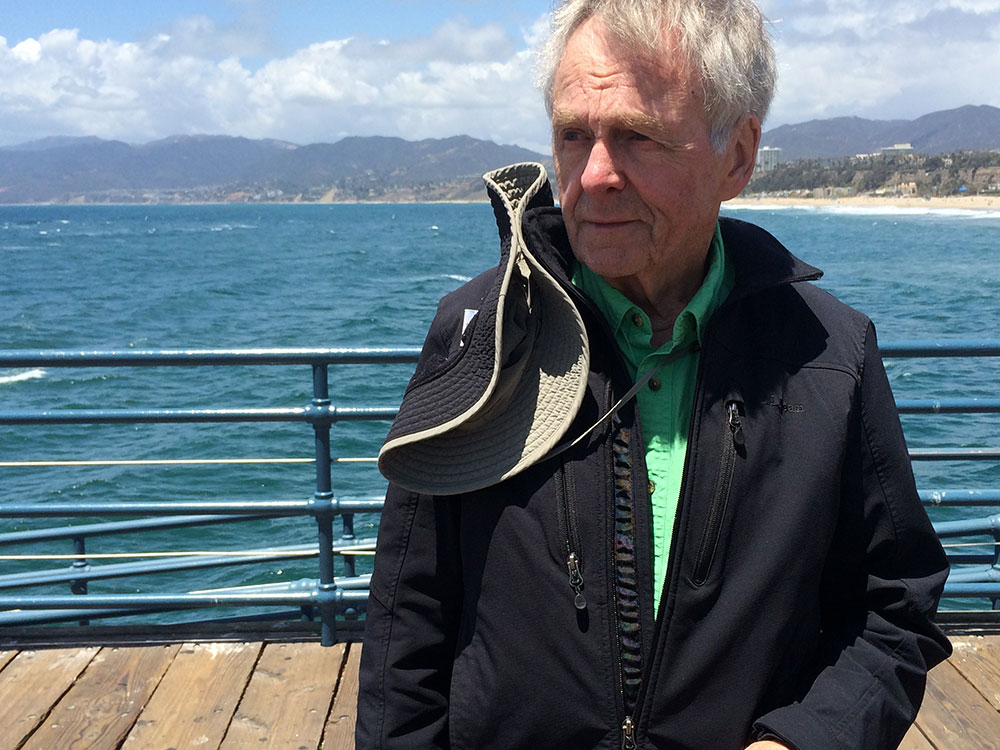 Past recipients of the Folk Tradition in the Midwest Lifetime Award include:

Past recipients of the Lantern Bearer Award include: