We can’t remember a FARM conference where Maurice was not at the sound board. His partners in crime have varied over the years but most recently he’s been assisted by the lovely Karen Jensen who will be joining him again this year along with Karen’s son, Tony Padilla. This crew will undoubtedly be the hardest working bunch at the conference and we encourage you to thank them frequently. Maurice is a go-to sound guy in the Chicago area where he has run sound for the Two Way Street Coffee House, Maple Street Chapel Concerts and many others. FARM has been growing by leaps and bounds over the years and Maurice and crew continue to live up to the challenge! 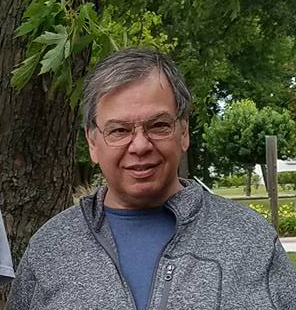 Charlie Steen is a storyteller and music lover! Since 2011, he has been lucky to work around the country and various parts of the world sharing stories and creating content for people, bands and brands. He’s created award-winning content for the largest of brands to the smallest of personal projects, and has had work featured by Sony Music Masterworks, Shure Microphones, The University of Michigan, Leon Speakers and more. Charlie’s looking forward to telling the story of FARM through his lens. You can see more and view his work at csteen.com

Charlie will once again be offering a limited number of 30 minute video sessions at FARM for the extremely low price of just $100. He’ll deliver a beautiful, professional promotional video that every artist or band needs. Times are from 11 – 3p on both Friday and Saturday. See some examples of Charlie’s work here: http://csteen.com/music

Then jump on this if you can.

Contact him at charles.steen01@gmail.com to book your video shoot.

Over 15 years ago, Robin Scully turned her passion into a successful career.

The road to becoming a professional photographer was a simple one—she began documenting the honesty in her children’s everyday lives. When others saw her work they began asking her to capture that spirit in their families. That triggered her to privately study professional photography with University of Michigan and Washtenaw Community College photography professor, Terry Abrams.  She officially established her business in Spring 2004. Now, her children have grown up and she spends a lot of her leisure time enjoying local music performances. This peaked her interest in shooting photos of musicians. In the last year, she has shot about 10 musicians/bands official promotion and album photos, with a keen eye for composition, location, and capturing the soul of the style of the band.  Her photojournalism work has been published in the national magazine; In These Times and in several local newspapers. Robin’s photography, these days, primarily consists of senior portraits, family portraits, musician and artist promo and album cover shots, photojournalism and preservation/archiving/restoration work of old media (slides, negatives, prints, albums, video). “I love what I do! Meeting new people and telling and preserving their stories through photos is what I thrive on.” Robin shoots on location throughout the midwest (on occasion the west and northeast US) and is based out of Manchester, just outside of Ann Arbor, Michigan.

In addition to officially photojournaling this year’s FARM conference, Robin will be offering a limited number of private mini sessions during FARM at fun locations around Grand Rapids. The cost is $175. This fee includes a one hour session, edited, hi-res images with full reproduction rights, and will be delivered digitally within 10 days following the conference. You can check out some of Robin’s work here: https://robinscully.smugmug.com/RSP-Samples/